Laurie Robins: ‘FREE TRADE OR ELSE’* 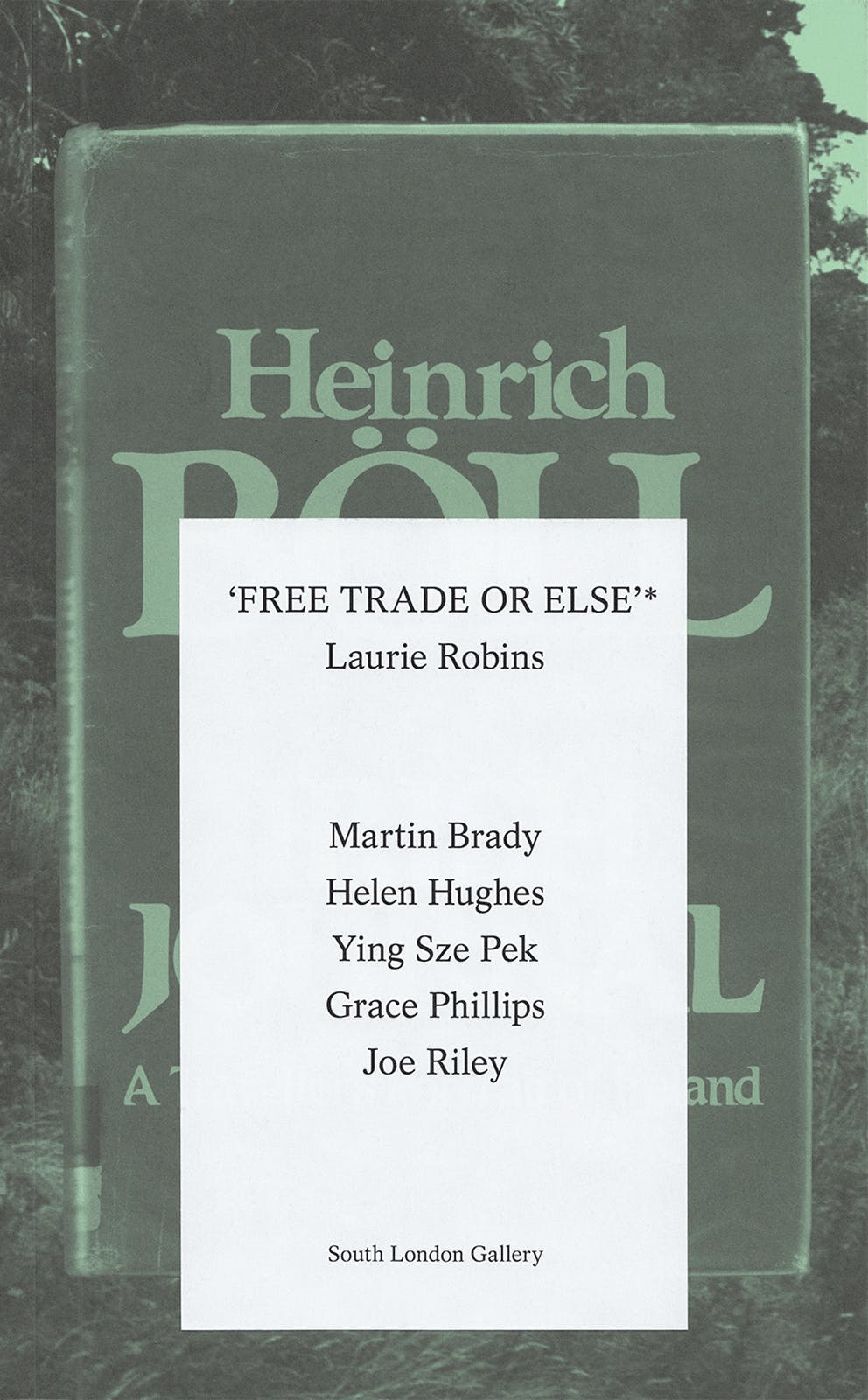 Produced during the negotiations of Britain’s exit from the European Union, Robins’ work ‘FREE TRADE OR ELSE’* stages an encounter between Heinrich Böll’s 1950s Irisches Tagebuch (Irish Journal) and the contemporary Irish landscape through film and a collection of commissioned writings.

Heinrich Böll’s articles and novels confront the economic transformations of post-war Germany and the political legacy of Fascism. He travelled to Ireland repeatedly, and chronicled his observations in the newspaper Frankfurter Allgemeine Zeitung.

Böll first visited Ireland in 1952, as the post-war vision of the European Union took shape. ‘FREE TRADE OR ELSE’* follows his journey and looks at the traces of capitalism, imperialism and resistance in the places he described; asking its viewers to be attentive to the forces of history.

We worked closely on the publication with Robins, collecting his research together and interspersing it with stills from the film. This contextual subject matter is represented graphically throughout by layering, especially on the book cover where film meets the first-edition cover design of Böll’s texts, obscured by the title sticker. All graphic outcomes are produced entirely in greyscale to maintain balance between the collected elements.

All graphic elements are set in Rotation, a rarely-seen mix of Old Face, Transitional and Modern forms that was designed for mid-century German printing presses, much like the newspapers in which Böll’s original texts were produced.

The Orozco Garden at the South London Gallery